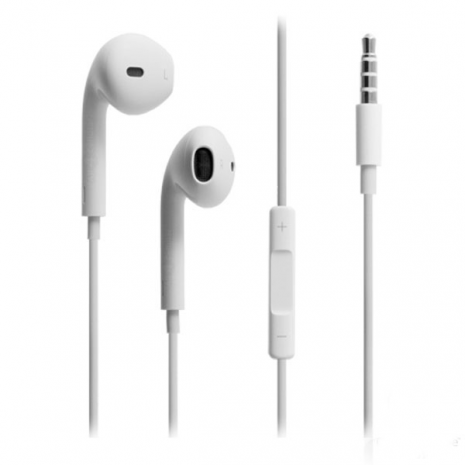 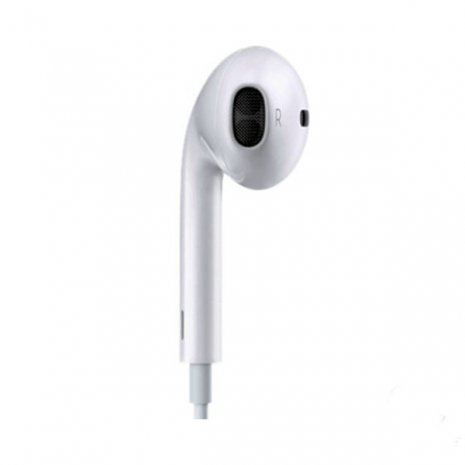 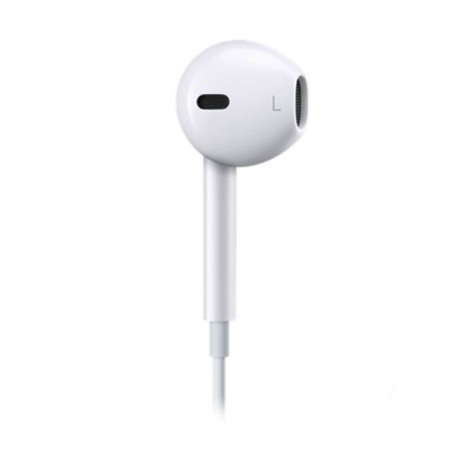 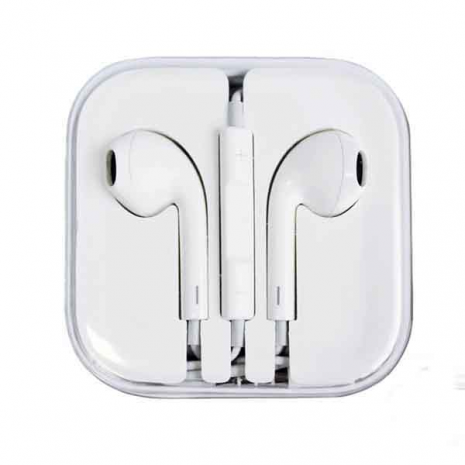 Apple Earpods with Remote and Mic

Looking to replace the Apple Headphones that came with your iPhone 6 - The Apple Earpods? Maybe you're just after an affordable pair of seriously high quality earphones for your media device? You won't be disapointed with these Apple Headphones! The Earpods repesent a revolution in design, comfort and sound delivery. And for the price you'd be hard pressed to find better!

The Apple EarPods design was based on the internal shape of your ear and is designed to fit nice and snug in the ear canal. A lot of thought went into the design process of these Apple Headphones. You can read more about the design here.

And it's not just the outside that makes these Apple Earpods stand apart from the rest. The speakers inside Apple Earpods have been designed to reduce sound loss and increase sound output. You get top quality audio that’s just as impressive as what you’d get from more expensive Apple earphones.

The Apple EarPods with Remote and Mic also include a built-in remote that lets you adjust the volume, control the playback of music and video, and answer or end calls with a pinch of the cord. You can also take pictures, control Siri and more!

Why Are These Earpods Cheap?

The Earpods are cheap because they don't come in a retail box - they just come in their protective Apple Case. They are whats known as a 'Bulk Packaged' item. This way your apple to save almost 50% on a like-for-like official product - just because its not in a box. They're still 100% real Earpods though!

How Can I Tell If My Earpods Are Genuine?

About 8” from the Earpods jack plug will be the words “Designed In California” followed by “Assembled in” and a country of manufacture such as China or Vietnam. After this there will be a product number.

The + and – symbols on the inline remote will be a light shade of grey. Most fakes are black.

The buttons on the Earpods inline remote will make only a very faint clicking sound if you listen closely. Fakes will click loudly.

The metal mesh inside the earpods is usually replaced with a cheaper, black cloth.

The stem vent will usually be missing if fake.

Overall quality will be low, both sound and finish.

Average Star Rating:
4.78 (166 reviews Total)
Have you used the product?
Tell us something about it and help others make the right decision
Write a review
Show reviews with:
5 stars (146 reviews)
4 stars (12 reviews)
3 stars (4 reviews)
2 stars (1 review)
1 star (2 reviews)
Show all reviews
Diana

Comment
They seem absolutely original to me - Have it written the message "Designed by Apple in California Assembled in China DTY8035ANTQD" in the cable. Honestly, these are brilliant and the sound is just great. If they are fake, they did it quite well paying attention to every detail while manufacturing.

Comment
Ordered in the afternoon and arrived next day for only 99p delivery, super duper.

Comment
Had 3 pairs from here over the last 2 years. They'll last between 6-10 months depending how well you look after them. Worth every penny, you know what your getting when you buy them off here.

Comment
Well, I truly must say DigitalSave has impressed me immensely with their fast delivery and an all round great service. The earphones arrived in one day and sound great. One issue I found was the little white ringer around the earphones doesn't stay in place but I still feel inclined to give 5 stars.

Comment
I don’t ever write reviews unless I’m really happy with a product, and these headphones were amazing ..especially for that price! Very happy customer

Comment
A reputable company I have ordered froma few times now. Each time I get a full invoice without the need to ask, a genuine product at a low price and great customer service when I ask any questions.

Comment
They came in the mail today and I was so excited to get them especially after all the positive reviews. I checked them for their genuinity and compared them to my old original ones and I see no difference between them and aftee checking the different signs i can say they're original. My old ones got so quiet and sound started leaking from the air holes. The new pair's sound quality is superb! Super bassy like my old ones used to be. I'm glad I found this site, don't bother paying so much just for the packaging.

Comment
2nd time I've bought these from digital save after my last pair went in the dryer, cracking service and reasonable prices.

Comment
Received a faulty product earlier but it has been replaced within a day and the new one looks and feels genuine with great quality both for music and phone calls.

Comment
Was really apprehensive about buying these, worrying they were fakes. Honestly, at this point if they were I don't think I'd be too bothered. Sound quality is AMAZING. So crisp and loud!! Pretty sure I can hear colours lmao. I was having to turn my previous Apple headphones up to almost full volume just to get the level of sound I'm getting from the lowest settings on these. Remote works even faster and more accurately too (my old headphones couldn't work out if they were pausing or changing tracks). Fit really comfortably in the ear to the point where I'd forget I'm wearing them if there wasn't music coming out. Just need to see how long they last but otherwise, 100% recommend.

HomeBrandsAppleOfficial Apple Earpods with Remote and Mic | 3.5mm Jack
Happy Customers
At Digital Save we pride ourselves on our impeccable customer service and will always go the extra mile to ensure all our customers are happy
Premium Products
The Mobile Phone Accessory market is plagued with fakes and counterfeits. You can rest assured that what you're buying from us is exactly as advertised.
Secure Shopping
Our website is protected by high level encryption and we're constantly monitoring, updating and securing our website so you can shop safely.
Low Prices
We'll always endeavour to keep our prices as low as we possibly can, even for the latest products - giving you more reason to come back and shop with us.