The Hillarious Moment That The Cybertrunk Window Broke Had a Reason

Elon Musk unveiled his brand new product, the Tesla Cybertruck which impressed the whole crowd of people. However there was a hilarious moment where Elon was talking about how in-destructible the truck was and he asked his lead designer to throw a metal ball directly at the window. Elon was expecting the ball to bounce off without a single mark; however the ball smashed the window and left a nasty crack. Elon thought that he threw the ball too hard so he said throw the ball at the window on the right, to Elons amazement the right window also smashed. Elon said one line after the window broke “Oh my f***ing god” and the crowd laughed.

While it was a hilarious moment for the show, Elon took the time to figure out why the window broke on his Tesla Cybertruck. He found out what happened and expressed it on twitter, when Von Holzhausen smacked the door with a huge sledge hammer the door wasn’t damaged but the shockwave broke the base of the Cyber trucks glass window which caused the window to smash. 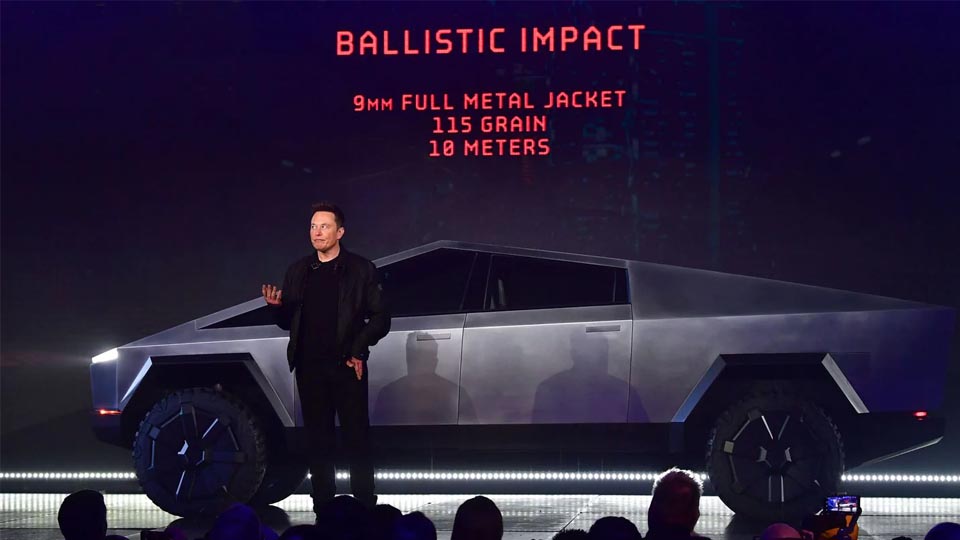 Elon even showed a recorded video of Von performing the same test with a sledge hammer and then throwing the ball which resulted in the metal ball bouncing off onto the ground harmlessly.

“Yup. Sledgehammer impact on door cracked base of glass, which is why steel ball didn’t bounce off. Should have done steel ball on window, *then* sledgehammer the door. Next time” Elon took to twitter to explain what happened but even after the failed ball attempt, people started pre-ordering in huge amounts. Musk took to twitter on Monday to announce that there have been over 200,000 pre-orders for his latest Cybertruck. He also said that they managed to reach these numbers without any paid advertising and without a single paid endorsement.

If you wanted to pick up this tank then you would have to pay $40,000 which is actually quite respectable considering the amount of power this car has while being extremely durable. That full metal jacket 9mm armour was not going to be cheap along with the windows that are super strong, yet still allow a decent amount of light into the vehicle. 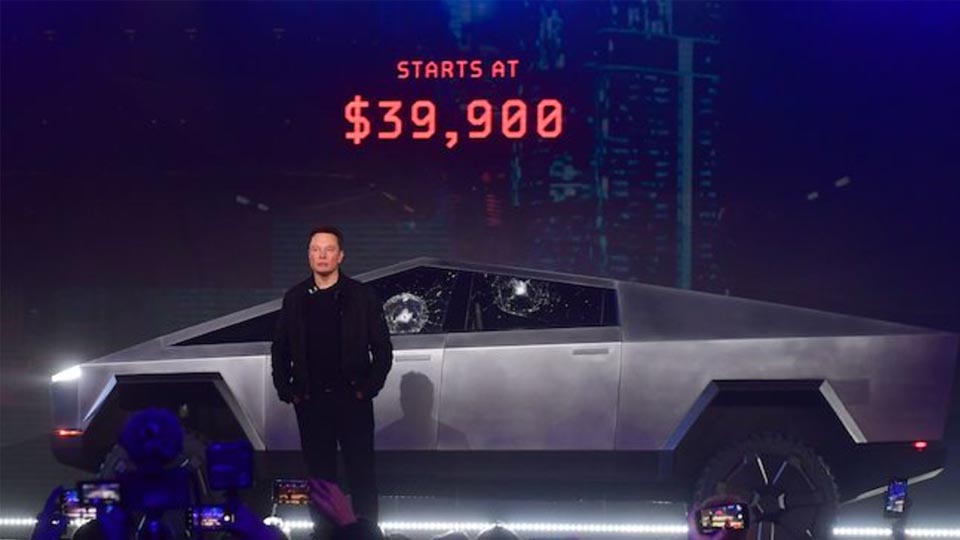 This Cybertruck is designed to be an extremely durable car, meaning that it can’t be broken into without some heavy tools. Most thieves will see this car and see that there is no way that they can get into the vehicle. It can also reach 60mph in less than two seconds which means that this car is incredibly fast, it honestly feels like a fast tank and that is why so many people are interested in Elons brand new vehicle.

We will have to just wait and see what the future brings for Tesla, this car looks incredibly futuristic and it shows just how far technology has come over the years. Who knows, maybe we could see flying cars earlier than we think.

But what are your thoughts on the Cybertruck reveal and did it make you laugh? Let us know down below!