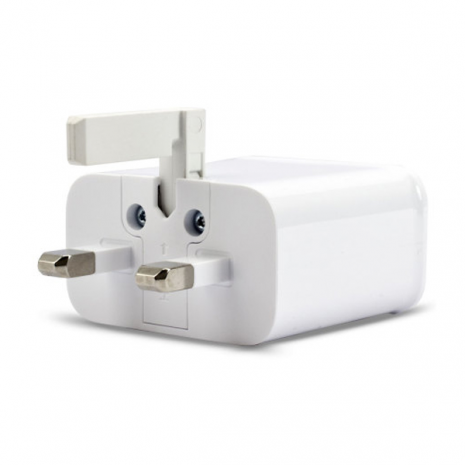 Thanks to Samsung’s new Fast Charge technology, your phones battery can go from zero to up to half full in around half an hour. So now you’ll spend less time connected to a charger and more time connecting with the world around.

Average Star Rating:
4.67 (3 reviews Total)
Have you used the product?
Tell us something about it and help others make the right decision
Write a review
Show reviews with:
5 stars (2 reviews)
4 stars (1 review)
3 stars (0 reviews)
2 stars (0 reviews)
1 star (0 reviews)
Show all reviews
Queenie

Comment
Really fast delivery, came the next day, i recommend buying this as it is a quality product and for a great price !!

Comment
Definitely does what is says in the title. Faster than my original charger any day!

HomePhone & Tablet AccessoriesSyncing & ChargingChargersOfficial Samsung Adaptive Fast Charger Mains Plug
Happy Customers
At Digital Save we pride ourselves on our impeccable customer service and will always go the extra mile to ensure all our customers are happy
Premium Products
The Mobile Phone Accessory market is plagued with fakes and counterfeits. You can rest assured that what you're buying from us is exactly as advertised.
Secure Shopping
Our website is protected by high level encryption and we're constantly monitoring, updating and securing our website so you can shop safely.
Low Prices
We'll always endeavour to keep our prices as low as we possibly can, even for the latest products - giving you more reason to come back and shop with us.